Congrats! You now have a greatsword and your ready to roll... well almost.

You should be able to see another stat besides your AP and DP when you open your inventory. This is called Awakening AP or something like that.

These Awakening AP basically work the same way like your basic AP. So try to get your Awakening AP up, otherwise your greatsword will be kind of useless.

In total, there are 3 different great swords:

So you now know everything about the different greatswords. Let's take a look at the skills.

Goyen's Greatsword: This is the skill you will use to change to your greatsword. This skill is being used by pressing c. There is not much to say about it besides that you have front guard while using this skill.

Great Sword Defense: This is your block which works similar to the block we are used to besides that we can't move while blocking. Additionally, the block will give us 20 DP and 26 AP for 10s.

Burning Moxie: This skill is used by pressing Shift+SpaceBar. This skill will recover 200 WP and will raise our DP by 20 for 10s. It has a cd of 10s

Executioner: This skill is our buff which will grant us 30% Attack Speed, 40% Movement Speed and 40% Resistance (every resistance) for 30s. It has a cd of 3m.

Solar Flare: This is our 100% Rage skill and deals a good amount of damage. We dash forward 1-2 m slamming our greatsword in the enemy. It can be used by pressing W+LMB, so you may use the rage by accident until you are getting used to it. This skill has a cd of 5s and 100% crit rate.

Head Chase: This skill works just like Blader/Plums dash but we're able to use this skill sideways. Note that you can't dash through enemies if your dashing forward. When this skill is on cooldown, it will not be an iFrame. It has a cd of 2s.

Merciless: This skill deals alot of damage and applies Floating and/or Bounce to your enemy. It is being used by pressing and holding S+RMB. It has a 100% critrate and gives us another 20 DP. It also has a cd of 8s.

Balance Strike: This skill is comparable to a bodycheck, but I mainly use it for movement. This skill doesn't deal alot of damage and applies stiffness to your enemy on hit. It is being used by pressing W+RMB and it has a cd of 5s.

Grave Digging: This skill deals a massive amount of damage while applying a debuff to your enemy. (-30% Movement, Attack and Casting Speed) It can be used by pressing Shift+LMB. We have superarmor while using this skill and it is a knockdown. It has a critrate of 100% and a cd of 10s.

Pulverize: This skill is a lifesteal. It will heal 50HP per hit while hitting 6 times. Try to hit as many enemies as possible. It's being used by pressing S+LMB and it deals an ok-ish amount of damage and it has a cd of 10s

Flow: Armor Break: This skill is amazing to recover WP while dealing alot of damage. It can be used by pressing space while blocking or pressing for example LMB+Space. This skill heals 150WP on hit while appling stiffness. You also have Front Guard while using it. It also reduces the enemy dp by 30 for 10s. This skill has a cd of 5s, but it can be used during cooldown. If used during cooldown, it will deal less damage and it won't apply stiffness.

Flow: Ankle Break: This skill is similar to Blader's "Sweep Kick". You will spin around while kicking your enemy. It is being used by pressing S+F and it applies Bounce. You can sweep multiple times by holding S+F. The skill will reduce your enemies Movement Speed by 30%.

Flow: Slashing the Dead: This skill is being used by pressing Shift+RMB or pressing RMB while in mid-air. This skill deals alot of damage while launching you forward. It will apply a knockdown if you hit your enemy and you have super armor while using this skill. It has a cd of 8s.

These are all the skills that are available when you hit lvl 56.

This is the part where everyone can do it his way, but I suggest getting to ~130 AP and not more. It may seem very low, but it is not. You will actually be able to kill most of your enemies (besides tanks) with 2-3 combos. I suggest you going all full DP Accessories besides the Necklace and the Belt.

As you can see this is basically going completely on DP because DP is the way to go with warriors. As soon as you go above 130 AP you will slowly lose suvivability without adding enough damage to compensate your loss of DP. If you want, you can go on full AP or a mix between both but I highly recommend you going for 130 AP and not more unless you get a Nouver. Then you can aim for 140-150 AP.

There is one thing you have to keep in mind: We can increase our AP by 36-52 by basically doing nothing.

Before any attack we will block with Q. To get +26 AP. (Don't forget to wait ~1s for the buff to apply) And our autoattack gives us additional 10-26 AP on the second swing. But when we attack while blocking, we will automatically swing to the right instead of the left, which will give us the buff. And then we also have our Armor Break, which will reduce the enemies dp by 30. So what you always want to do is press Q - LMB - Space. you have to press LMB first and then Space with a tiny delay, otherwise the buff will not be applied. What you can also do is press Q - Shift + LMB. This will instantly use grave digging while increasing our AP. You have to keep this in mind, because this is one of the main reasons why we don't need more than 130 AP.

The Rest is up to you, but I am going to list a Combo that I tend to use:

But this combo is more for PvE than PvP. If you want to combo for PvP we have to get to the next Section.

So this is what shows if your a good or a "bad" Warrior.

Weapon switching is one of the things you have to master in order to maximize your damage output. If you switch your weapon by just pressing c the animation will be way to slow to be used in PvP, so what you can do is, you can use any attack, besides charging Thrust before pressing c. This will lead to a different animation. The fastest way to switch from your greatsword to your sword and shield is by quickly pressing q and c. If you do it right, you should switch to your sword and shield within milliseconds keeping you in a guard stance. You will have to test around with it alot. One thing you can do to quickly use a ranged stun is blocking with your Greatsword, pressing c and quickly using your spear.

So basically Q (wait a bit) - C - Piercing Spear. This way you can initiate without your enemy even really knowing what's going on.

Try to switch to your sword and shield mid-combo to grab your enemy to reset the cc. It may take alot of practice to master this, but you will eventually get there.

so and now the part you actually want to know what skills do you train once awake !!! 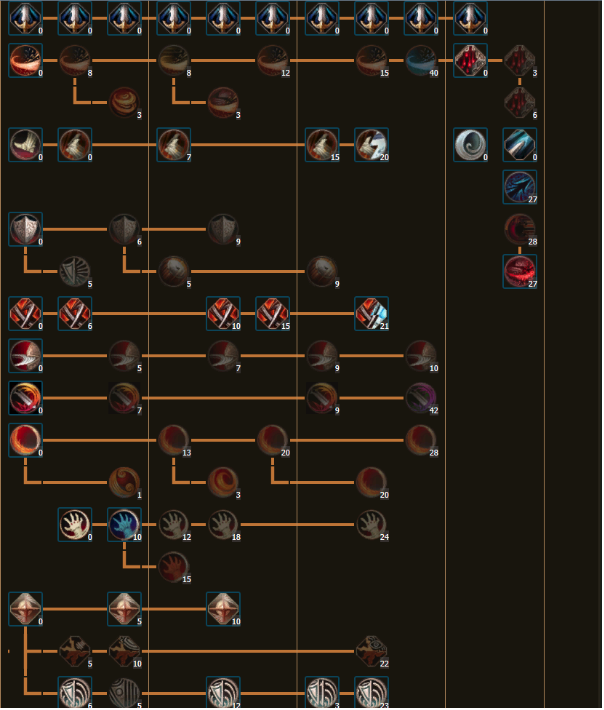 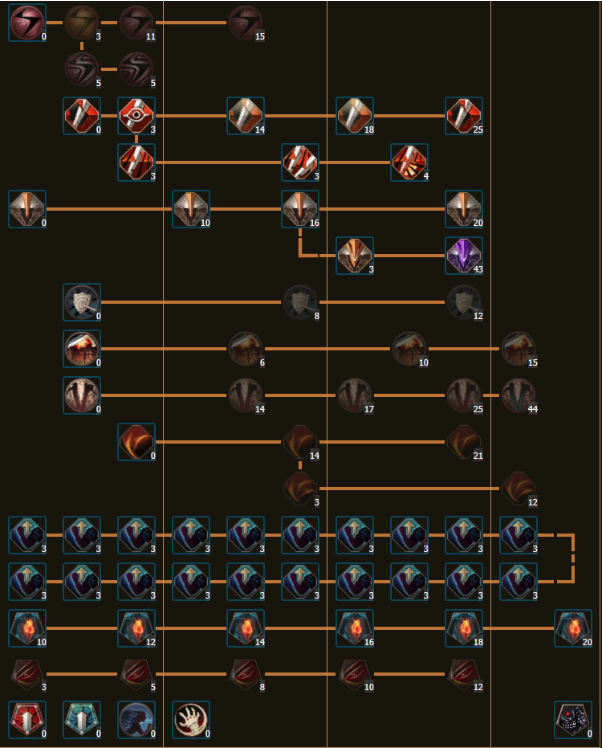 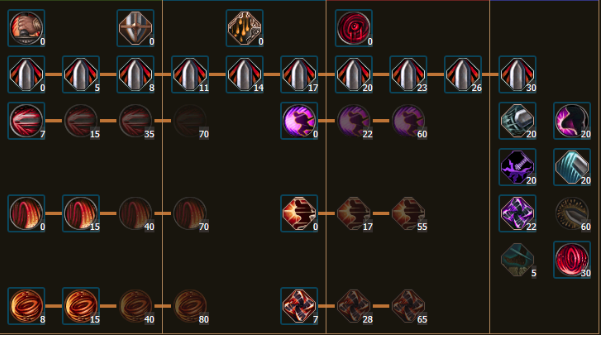