if you have any questions you can ask them on discord !!

Please keep in mind that the support based witch does less damage than a damage based witch (le duh), and that soloing can sometimes be tricky.

If you don't party alot (=pre Mediah), you can focus on your damage skills first.

Until you get to boss armor, focus on getting a full Grunil set.

Other sets are of course optional but the extra AP is something a witch really benefits from.

When you get to the point where you have your boss set, you can work on getting your accessories up as well.

It doesn't stop there

This is where you'll start going in groups. As the supportive witch you'll need healing. If you're a smart witch, you already have at least one of them maxed out.

This skill build uses little under 600 points. It's alot, but that's the witch!

Read the above recommendations to figure out what you should build! 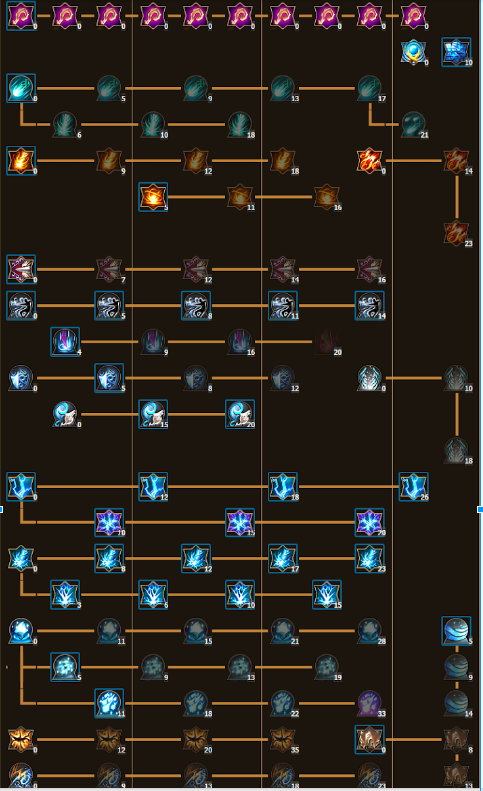 This is what I took, but what you should get really depends on what skills you like to use the most.

You can't get an add-on for the healing/utility skills, sadly. So just take something you use alot.

The best options to add to is casting speed, defense and movement speed. Slowing down your opponents in PVP or even in PVE is also nice to have.